Guided implant surgery: the future of dentistry is 3D 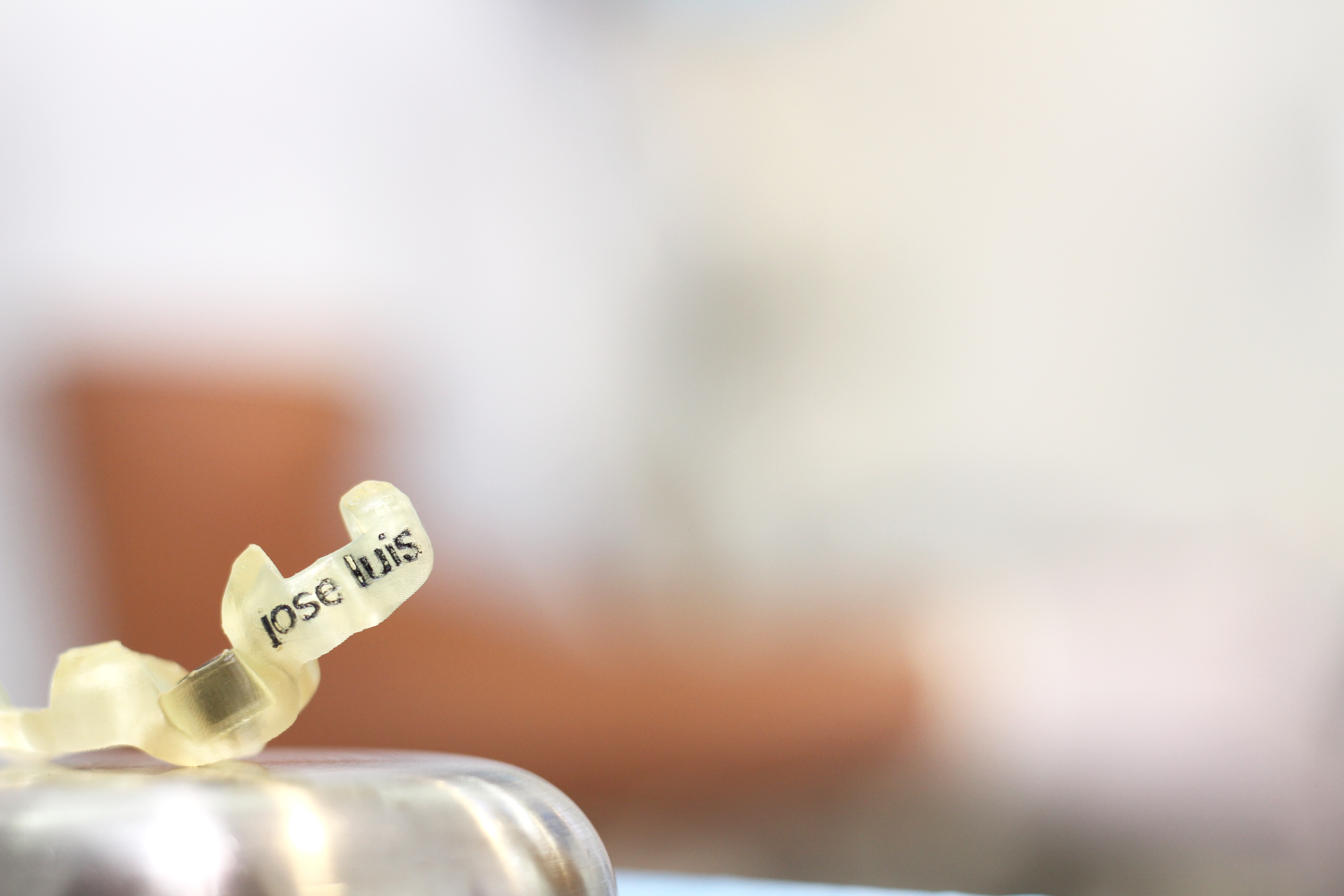 The use of 3D is evolving at a dizzying pace, affecting a multitude of sectors and, of course, dentistry is no exception. In terms of dental implantology this revolution has a name of its own: guided surgery.

How does it work?

The guided surgeries are carried out thanks to splints made of biocompatible resin in 3D printers with which, by means of integrated rings, the implant is placed in the exact position that has been determined during the previous planning carried out thanks to the 3D technology provided by the CBCT type X-rays that we have at Vélez y Lozano.

The digital packaging of the guided splinting is carried out thanks to a digital scan of the patient's mouth in a specialised software whose objective is to superimpose the radiological data with the dental and gingival surfaces on which the guided splint will be digitally worked on.

The technology required, therefore, involves the aforementioned X-ray apparatus known as the CBCT (Cone Beam Computed Tomography and a 3D printer with SLA technology, so few dental clinics, such as ours, can perform this type of surgery.

What are the advantages?

Implant-guided surgery has a number of advantages over traditional surgery, which can be summarised as the 'four minuses'. They are as follows:

By increasing the planning, the risks for the patient are reduced. The surgical guide, which we have already mentioned, adapts perfectly to the patient's mouth and has holes that guide the drills used to place the implants with exact precision.

By improving precision and predictability during the operation, there is no need for a highly invasive approach to the gingiva, in contrast to traditional surgery.

Thanks, once again, to the help of digital planning, the implantologist can rely on the guide and not waste so much time during the operation on details such as the position of the implant, which he already knows in advance to be correct, or on the possible anatomical structures that might be encountered when opening the gingiva, as the latter is not done.

By reducing both the operation time and the invasiveness of the procedure, the patient's wound is reduced, which greatly improves the postoperative and recovery time. In most cases it is not even necessary to apply stitches.

The first step is that the implantologist, in a first visit and after studying the case with the patient, decides that the patient is receptive to implants through guided surgery.

Then, once the intervention has been agreed and without the patient present, thanks to the digital intraoral scan of the patient and with the three-dimensional image of the jaw in a specific software, he/she will assess the most appropriate place to place the implant.

The same software is used to manufacture the guided splint, the most important material involved in the process and the one that will guide the surgeon during the operation. As we have already mentioned, it will allow millimetric precision when placing the implant.

The last step is, necessarily, the intervention itself, of which we have already mentioned the advantages in the previous point (less invasive, shorter duration...etc.). The success rate in this type of intervention is considerably higher than in traditional surgery.

If you have lost a tooth and are considering replacing it with an implant, we urge you to do so as soon as possible, as early intervention is simpler, has a better prognosis and is cheaper. Absences are noticeableas we always say at Vélez y Lozano. And as you have already read in this article, with guided surgery the risk is minimal, so you should not be afraid.

Get in touch with us through this website if you want an assessment.