The intraoral scanner and its application in the clinic 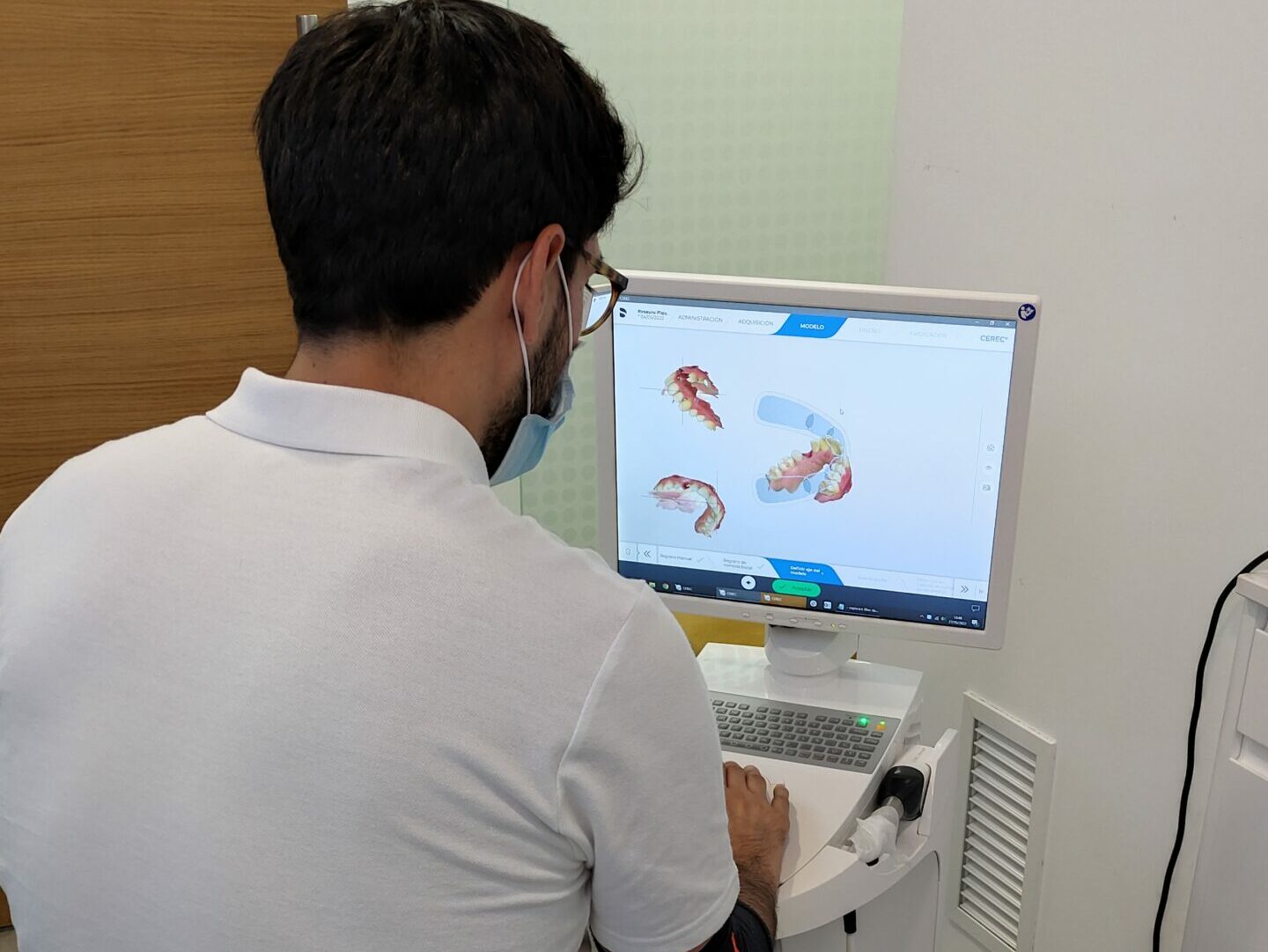 The world of dentistry has undergone numerous advances in recent years, conditioned by the frenetic pace at which technology is advancing today. What was unthinkable yesterday has become essential today. On a human and technical level, these advances allow for safer, more comfortable, reliable and precise treatments.

These advances include 3D X-rays (dental CT scans) and intraoral scanners. I would like to talk about the latter in today's article.

What is an intraoral scanner?

This avoids the analogue oral recordings that were made up to now with the classic 'fillings' (alginates and/or silicones), which bothered patients so much. In dental clinics such as ours, these are now being replaced by digital measurements thanks to scanners.

Advantages of the intraoral scanner

These digital measurements have many advantages over conventional analogue measurements, including the following:

Uses of the intraoral scanner

The intraoral scanner is used for a multitude of treatments, among which we can highlight several areas of dentistry. Let's take a look at them one by one.

Orthodontics is one of the areas that has been most positively affected by the use of the intraoral scanner, as any patient who has worn it will attest. With this virtual sample, it is possible to observe and plan with exact precision what micro-movements each tooth needs, thus making treatment more reliable and simpler.

In addition, patients can be more involved in their treatment planning, as the specialised doctors can explain in a simple and visual way how and why certain decisions are made.

The applications of digital and 3D technologies to implant dentistry is something we have already discussed in several times in this blogI won't go into too much detail here, but suffice it to remind you of the many possible uses for scanners in this area.

To plan the surgery, the data provided by this scanner on the patient's bone quantity and quality becomes essential.

Although I will leave it until last, the contributions of this technology to restorative dentistry (which is also my area of work) are no less important. When it comes to making crowns and inlays, these scanners offer a multitude of advantages that we have already mentioned, such as speed, precision, comfort for the patient... and even more, such as the need to grind the tooth less, reducing prosthetic costs, avoiding the use of temporary restorations...

In short, as I mentioned at the beginning of the article, the intraoral scanner is one of those new technological applications that, although yesterday seemed unthinkable, today have become essential.